Hydraulic fracturing, commonly known as fracking, is a technique that recovers gas and oil from shale rock. Shale is a fine-grained, clastic sedimentary rock composed of mud that is a mix of clay mineral flakes and tiny fragments of other minerals. Seen by some as a threat to stability of the environment, seen by others as securing energy for years to come, fracking remains highly controversial. 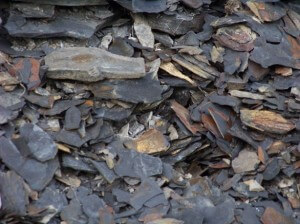 The natural gaps in between shale rock trap the gas or oil. The fracking technique involves drilling vertically down into shale rock, then blasting in a high pressure mix of water, sand and chemicals which releases the fossil fuel to the surface.

Concern from environmental groups exists due to questionable practice from some fracking companies. The huge amount of water required for fracking causes issues when transported to the sites. Chemicals used in the blasting mix have previously been shown to be harmful, but industry heads insist that this was due to mere bad practice by smaller ill-informed fracking firms.Another concern created by the fracking process is that of earth quakes and earth tremors. Blasting out the very foundations of land could have untold catastrophic consequences. In 2011, Blackpool felt 2 small earthquakes at a magnitude of 1.5 and 2.2 on the Richter scale following nearby fracking. Professor Ernie Rutter from the University of Manchester says, “It's always recognised as a potential hazard of the technique, but they're unlikely to be felt by many people and very unlikely to cause any damage.”The larger issue raised by environmental groups is that governments are still relying on the earth’s fossil fuels rather than investing time and money into renewable ideas such as solar panels or wind turbines.

The argument for the fracking process highlights that the process can extract the hard-to-access, much needed oil and gas. The USA has seen a recent boost in prices for heating oil but a significant fall in gas prices. Experts in the US estimate that they have secured gas supplies for the next 100 years.Reserves of shale gas have been identified across the UK and firms are lining up to sign lucrative contracts. However no fracking is currently taking place.
Share