Mainly as a result of the rising price of fuel, inflation has reached its highest rate for two-and-a-half years.

Annual inflation reached 1.8% last month according to the Office for National Statistics (ONS). This figure is up on a rate of 1.6% in December 2016. This will be the fourth consecutive month of the rate rising, seeing inflation increase to its highest since June 2014. 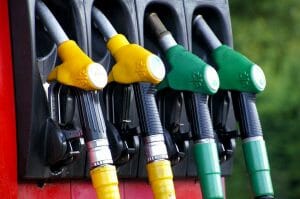 According to the RAC, fuel prices, which are recognised as a major contributor to inflation figures, hit a two-year high in early February 2016. The ONS said food prices also contributed to the rise in inflation. Prices remained unchanged between December 2016 and January 2017, having fallen the previous year.

Will the rise in inflation affect me?

Due to the weaker pound, inflation is expected to pick up later this year, which will make imported goods more expensive. Even if goods are produced in the UK, the imported raw materials are being charged at a higher rate to manufacturers, which eventually will be passed on to the consumer. The UK is the 5th largest importer in the world. Given the UK’s population of 64.1 million people, its total $625.7 billion in 2015 imports translates to roughly $9,763 in yearly product demand from every person in the country. The Bank of England predicts the inflation rate will hit 2.7% in 2018. The latest increase in the inflation rate takes it closer to the Bank of England's predicted target rate of 2%.

Mike Prestwood, ONS head of inflation said: "The costs of both raw materials and goods leaving factories both rose significantly, mainly thanks to higher oil prices and the weakened pound." Chief business economist at analysts IHS Markit, Chris Williamson said: "While the further upturn in price pressures will fuel speculation that interest rates may start to rise later in 2017, the most likely scenario remains one of policy staying on hold over the next two years as the economy navigates through Brexit. "Further upward pressure on prices looks inevitable in coming months as energy costs continue to climb and firms pass rising costs on to customers, pushing inflation up towards 3.0% in the second half of the year. "Wage growth has crept up to 2.8%. However, our expectation is that it will slow, or at least remain muted, in 2017 as the labour market cools, providing the Bank of England with leeway to keep policy on hold."
Share