The UK is using less energy despite economy growth

Government statistics released to BBC News show the average person in the UK is using 10% less electricity than five years ago. Given the recent boom in tablets, computers, mobile devices and large TVs, this recent data has shocked many. Tighter EU standards on appliance development has meant that the same task can be carried out by electrical appliances using less energy. This has become apparent with vacuum cleaners: machines that make more noise and use more energy to produce the same effects have been banned from the UK market place. According to the trade association AMDEA, a new A-rated fridge freezer will save a massive 73% of energy compared to a similar model of 20 years ago, saving the household approximately £100 per year. A new EU directive sees the old fashioned style of light bulb banned. The newer, more efficient style of bulb uses nearly a third less energy. New technology using LED bulbs looks to improve indoor lighting and reduce demand on electricity even further. 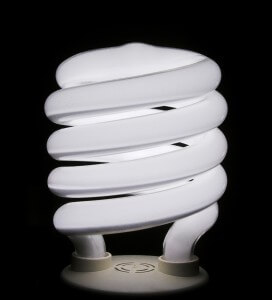 A report from the UK Committee on Climate Change (UCCC) said annual household bills would have increased by an extra £165 from 2004-2013 if the current energy saving measures had not been implemented. Boiler efficiency and pipe insulation are responsible for a reduction in heat and hot water production, of approximately a quarter since 2004. The UK has also become naturally more frugal during the recession, with users remembering to turn off lights when leaving a room, heating only the rooms in use and turning off the radiators in unused rooms. Cavity wall and loft insulation have also played their part in energy reduction. The number of insulated homes has risen from 39% in 2004 to 67% in 2013. Making simple changes to your home can make it more energy efficient and save you money. ‘Energy use is lower than in 1970’ Dr Nick Eyre from Oxford University said: "Energy use always drops after oil shocks and in recessions - but this current trend looks different. "Energy use is lower than in 1970 even though the economy is twice as big - it's the first time in memory that energy use has fallen so substantially - and it's due to policy. "It's a real achievement. But we can't be complacent - the improvements in home insulation have fallen back since the government introduced the Green Deal in 2013." 'Environmental benefits for all' To coin Tesco’s phrase it would seem when facing environmental challenges ‘Every little helps’. There seems to be a new, fresh acceptance of the problem and now is the time to make the small but effective changes to our lifestyles. The momentum of change is certainly gathering pace and sees a cleaner future which will not only reduce our energy bills, but will allow business to thrive and produce more jobs in a cleaner, healthier environment.