Opec (Organisation of Petroleum Exporting Countries) has agreed a deal to slow production down for the first time in eight years, potentially sending crude prices skyward. There are many factors that determine the price of oil but one of the biggest is supply and demand. The last eight years have seen a glut of oil due to Opec refusing to slow production alongside a fall in global demand. The deal was struck in Algeria on 28th September 2016, easing fears of oversupply. Iran's Oil Minister Bijan Zanganeh said, "Opec made an exceptional decision today". Brent crude is the international benchmark for oil, it rose almost 6% to just under $49 a barrel. Full details of the agreement will be finalised in November at a formal Opec meeting. Once the trajectory of oil price has changed course, the price of crude oil products will undoubtedly follow suit. You might be amazed at how much we rely on crude oil in our everyday lives. Click on the image below for a partial list of products made from Petroleum. 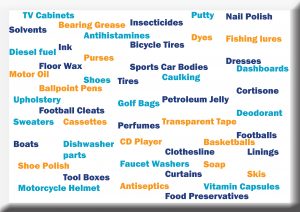 Output is set to fall by about 700,000 barrels a day. The cuts are not expected to be evenly spread throughout the cartel, Iran being allowed to actually increase production. Many of Opec's smaller members realised they must push for a cut in production after witnessing the fall from $110 a barrel to less than half! Current output is estimated at 33.2 million barrels per day. The deal will limit output from Opec countries to between 32.5 million and 33 million barrels a day. However Iraq questioned how Opec measures its members output

Oil traders remain sceptical about the talks, they would like to see the full terms in writing before passing judgement. Director of energy markets at Stratas Advisors Jeff Quigley, said the deal was "too preliminary" to get excited. "The devil's in the details here," Mr Quigley said. "And for them to say it's going to start in November is very suspect to me. We don't know yet who's going to produce what." For more industry news please click here.