The old wives’ tales that are costing you money - Let's do some myth-busting!

As fuel poverty rides high on the governments priority list, many of us are doing all we can to improve the energy efficiency around our homes.Following scientific testing and advances in technology, we are advised to invest in insulating our loft spaces, filling our walls with cavity insulation and to purchase the latest energy efficient boilers, all in the hope that the kids won’t leave the backdoor wide open. But what about the energy saving tips that aren’t widely advertised and endorsed by government officials? 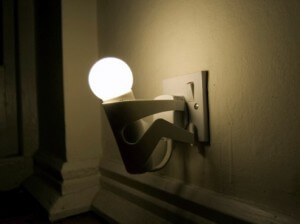 We all want our homes to be warm at the touch of a button and remain warm for as long as possible (for as little as possible). Here we look at some of the myths around energy efficiency, but rather than saving you money are actually costing you more…

Myth 1)   If I turn down the heating, it will save me cash

We really need to weigh up the pros and cons of this strategy, yes you can save money if you turn your heating down (or even off), but the warmth in our home does much more than make us feel warm, it helps us remain healthy and it protects our buildings and belongings. Simply turning the radiators down, won’t make any difference unless the thermostat is also turned down. If the thermostat is set to 21 degrees, the boiler will keep going until the room temperature reaches 21 degrees. It will simply take the radiators longer to reach the requested temperature.If there is a radiator in an unused room, it would make sense to turn this radiator down or off behind a closed door as long as it is a room that doesn’t have the thermostat fitted.

Myth 2)    Heating one room with an electric fire is cheaper

Huddling around one source of expensive heating is not the answer. Unless you live in a one room house, the chances are you will need to make the trip to the bathroom and kitchen at some point and electric fires will not heat anywhere other than one room.According to the Centre for Sustainable Energy (CSE), Electricity and bottled gas are both far more expensive per unit than mains gas, It says: "Electric fan heaters and portable gas fires are two of the biggest energy guzzlers, and if you have them on for a matter of hours then it’s likely to be cheaper just to turn on your central heating with the radiators on a low setting in the rooms you’re not using."

One of the most popular myths, is people believe that it is cheaper to leave the hot water switched on at all times, rather than turning it on and off. The theory is that heating water up each time you need it somehow uses up more energy than keeping it constantly on.This simply isn’t true. Your tank is not like a kettle, where an optimum temperature is reached and the water must be used at that temperature.  As long as your tank has a good layer of insulation / jacket, the water will remain hot all day.The technology in modern washing machines, dishwashers and electric showers allows the appliance to heat the water ‘in-house’, efficiently only using the exact quantity required.

Unfortunately, this makes no difference at all.

However, a bit like peak and off-peak phone calls, there is an energy tariff called ‘Economy 7’, that allows customers a cheaper energy tariff for seven hours through the night. This option would only suit a handful of night-shift workers and insomniacs.

It’s a common myth that the house needs to ‘breathe’ and too much insulation will cause damp.The opposite is true, condensation is caused when warm air meets a cold surface, full stop? cavity wall insulation is much more likely to solve problems of damp caused by condensation, because the walls will be less cold according to information from the CSE.Cavity wall insulation can’t be recommended enough as it will sustain the heat produced from your radiators. Wall insulation will block out cold exterior air in the winter and keep the temperatures cooler throughout summer months.

A bouncy layer of insulation along your loft space will trap tiny pockets of warm air that have risen from your home, ensuring the product works to its optimum efficiency. By laying anything other than more insulation on top of it, you will crush the small pockets of air and ruin the chances of the insulation working. Remember to also insulate the loft hatch!

According to information from British Gas, this myth actually holds some truth! Radiators painted matt black do actually radiate heat better than radiators painted in white gloss but the difference is minimal. You may save pennies at the expense of looking at a rather depressing black décor.

Leaving appliances and lights on when not in use is a waste of energy and money. There are household gadgets available now that measure your electricity output that blow this myth out of the water. If it’s not in use, turn it off!!!
Share