Going camping this summer? Be aware of the dangers of carbon monoxide poisoningAs more and more Brits choose to go on camping holidays in the UK, an estimated 3.7 million people are expected to pitch up a tent this summer. The LPG industry is doing its best to remind campers and those taking part in outdoor leisure activities of the dangers around carbon monoxide (CO) poisoning. It is imperative that LPG stoves & heaters have 100% ventilation and are only ever used outside of tents and awnings.Carbon monoxide (CO) is a deadly, colourless, odourless, poisonous gas, making it indistinguishable to the human senses. It is produced by the incomplete burning of various fuels, including coal, wood, charcoal, oil, kerosene, propane, and natural gas. When using a fuel burning appliance at home, we should always have a CO detector somewhere nearby. 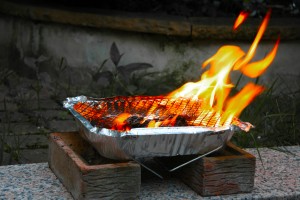 The initial symptoms of low level carbon monoxide poisoning are similar to that of the flu (without fever).They include:

High level carbon monoxide poisoning results in severe symptoms, including: It is a common misconception that tents and awnings are well ventilated. Tents are designed and constructed in a similar way to hot air balloons, using lightweight canvas materials to trap warm air in.As a leading fuel in the camping and leisure industry, UKLPG (UK’s LPG industry body), has worked closely with the All Party Parliamentary Gas Safety Group and Gas Safe Register as well as the wider industry on the potential dangers of CO poisoning.Baroness Finlay, Chair of the All Party Group, said:“The dying embers of a BBQ give off large amounts of carbon monoxide. These tragic deaths on campsites are completely avoidable, but so few people are aware of the dangers. My parliamentary colleagues and I have been campaigning for clearer warning signs on BBQs and camping equipment to ensure holiday makers are aware of the dangers of carbon monoxide poisoning. Campers need to know why they shouldn’t be using BBQs and stoves inside. The fear is that many presume the only risk is from fire. Our calls for greater awareness have been significantly helped by UKLPG through their leaflets and campaigns.”Each year, carbon monoxide poisoning sends 4,000 people to A&E with around 50 deaths in England and Wales.Due to its versatility and comparatively low cost, LPG is regularly used in a number of outdoor leisure activities such as camping, boating, outdoor catering and in caravans. There is still a prevalent lack of education around the dangers of CO which the industry is working hard on correcting.Sarah Hill, from the Gas Safe Register, says, “20% of Brits are not aware that taking a gas barbecue inside a tent can lead to carbon monoxide poisoning and a third do not realise charcoal barbecues can do the same.”The LPG industry must carry on educating suppliers and customers over the potential dangers of CO, pushing for clear labelling on all products that may come into contact with all fuel burning devices.
Share