Is a cold house bad for your health?

Can living in a cold house directly affect your health? The effects of heating on health have long been the focus of media attention. This month, it has been widely reported that turning down your heating could help with weight loss.However, the side effects of a cold house could be much more negative than positive. So, how is a cold house bad for your health? 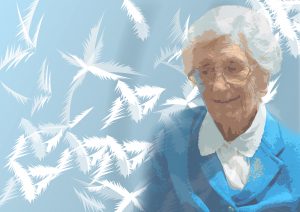 A recent report from Age UK showed that a cold house is a “major factor” in two out of five extra winter deaths in the older generation. For every degree drop in temperature during the winter, there are 8,000 extra deaths.The report warned that badly insulated house and a lack of heating could be responsible for thousands of extra deaths during the coldest part of the year.The NHS spends millions of pounds caring for older people with heart attacks, stroke and respiratory problems caused by excessive cold.This doesn’t have to be the case. In Scandinavian countries like Sweden, the rate of cold-related deaths is lower than in Britain, even though they experience far more sever winters.

Flu in both older people and young children is a far more common occurrence during winter. It has been suggested that this is because cold temperatures lead to drier air, which can dry the mucus that helps the body to get rid of virus particles.Respiratory disorders are another common condition in older people during British winters. At temperatures below 16 degrees, damp conditions and mould are far more likely, leading to the impairment of respiratory functions. People living in some of the coldest homes are three times more likely to die from an illness caused by the cold.

Cardiovascular disorders from living in a cold house

Cold temperatures can lead to fluctuations in blood pressure. While higher blood pressure is a cause of heart attacks, unstable blood pressure can lead to blood clotting and trigger strokes.These disorders account for 40% of extra winter deaths. Excess deaths could be greatly reduced by ensuring that people are not living in severely cold environments.

Hypothermia can even become a risk for the most vulnerable people. Older people, especially if they eat little, are not very active, or have another illness, can have trouble regulating their body temperature. This can also be a problem with babies.NHS statistics show that deaths from this condition have doubled in the past five years, with pensioners being the biggest sufferers.Hypothermia is caused by body temperatures falling below 35 degrees. Symptoms can be severe, including delirium, violent shivering, and even unconsciousness.So, the answer to the question, “is a cold house bad for your health?” is a resounding “yes”. Don’t risk making yourself or your family vulnerable this winter. Keep your home at a comfortable temperature, and you could be lessening the risk of developing some severe conditions.
Share