How will the falling value of the pound affect oil prices?

Should all British consumers and businesses be concerned by a weak pound?

With the value of the pound at a new 31 year low, we look at what impact this may have on oil prices and the pound in your pocket. Last week Opec came to an agreement on cutting oil output in order to stabilise the market. Previous years have seen a blind refusal from Opec to lower oil production, which has been a major factor in oil prices falling. Barrel price has now gone up by six US dollars. A price rise in oil met with the low value of the pound is likely to leave heating oil users feeling very hard done by. 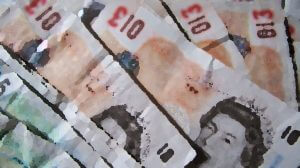 The RAC predicts 3p will be added to pump prices of petrol and diesel in the next fortnight following the "flash crash". RAC Spokesman Simon Williams said: "The unexpected sharp fall in the value of the pound will make the wholesale price of fuel go up. "With the pound now worth so much less, there can be no other outcome than an unwelcome increase at the pumps from the current national averages of 113p for petrol and 114p for diesel."

How else will this affect us?

Expect to see higher prices at the tills. Any imported goods such as food, petrol and electrical items will become more expensive.

The value of the pound has fallen against the US dollar and the Euro. British holidaymakers will see a very poor exchange rate. Expats that receive wages and pensions in sterling will also see a drop.

Our exporters will see an increase in sales as their goods become more competitive. However, benefits from a weaker Pound will depend on demand elsewhere in the world. If the Eurozone and US economy struggle, lower prices may be insufficient to lead to a big increase in UK exports. However, firms relying on imported goods will see a rise in costs due to a weaker pound.

Struggling to get on the housing market? Property prices will no doubt attract overseas investors looking to snap up a bargain, causing long-term higher prices. The market is now heavily positioned for the pound to fall even further. For more industry news click here.