Theresa May’s government has recently closed the DECC (Department of Energy & Climate Change) after only 8 years in existence, replacing it with Department of Business, Energy and Industrial Strategy. 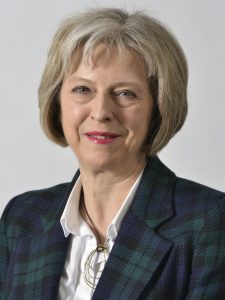 Either in a bid to remove climate change as a government priority or a sign that environmental policies are already well integrated into existing policies, this is a move that has angered some but been welcomed by others. Environmental campaigners called for ‘urgent reassurance from the new government’ that the battle against climate change and pollution would not be forgotten about. Chris Huhne, the Liberal Democrat head of DECC between 2010 and 2012, said: “It is a serious downgrading of British capability in the area, and it sadly fits with a shift to the right in government where Euroscepticism often goes hand in hand with climate scepticism.” Andrea Leadsom’s new appointment as Secretary of State for Environment, Food and Rural Affairs, has also raised concerns, as she has previously made comments such as “is climate change real?” and others about reducing EU-red tape in favour of the economy.

A letter by Alex Chisholm, DECC’s permanent secretary, to the staff in his department was leaked to Civil Service World (independent reporting & analysis of issues concerning civil servants), confirming responsibilities were being transferred to the new Department for Business, Energy and Industrial Strategy, under its new Secretary, Greg Clark. Mr Clark wrote, "We can make sure we have the 21st century infrastructure we need. Business will have a strong champion in government," "Energy and climate change will continue in a single department ensuring efficient paths to carbon reduction.” In a recent interview with The Independent, a spokesman for DECC said: "Nothing is changing. The commitment [to dealing with climate change] is still there." For further industry news please click here.