Could diesel cars be banished from Britain?

British government has largely ignored threats of fines from the European Commission over air pollution levels.The Supreme Court has ruled that steps must be taken immediately to tackle the harmful levels of pollution that suffocate our major cities.If the UK does not comply with the ruling to lower levels of nitrogen dioxide, it could face fines that amount to multiple millions. 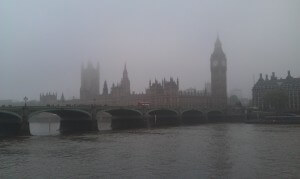 Environmental and motoring groups fear that diesel cars will be targeted first as they emit the largest amount of nitrogen dioxide.If this came to fruition, the 11 million motorists (risen from 1.6 million in a decade) that were convinced to ‘Dash for Diesel’ under Gordon Brown’s Labour government would feel bitterly betrayed and misled. Labour’s incentives to push consumers into diesel vehicles failed to take into consideration the environmental and health implications.However Edmund King of the AA said, “There have been confusing messages and the goal now seems to have changed from encouragement to the demonising of diesel”.“This won’t just affect big polluting trucks, but taxi drivers and families with people-carriers as well. This could drive down the value of cars dramatically."We all want better air quality but knee-jerk reactions without considering the science will not help air quality, industry or drivers.”The targets set by the EU Air Quality Directive which demanded that nitrogen dioxide levels were cut to 40 micrograms are way off their projected levels that need to be reached by 2030, so pollution cuts must be made quickly. Currently 38 out of the 43 UK zones are in breach of the directive.Caroline Russell of the Green Party said, “Diesel vehicles, even the latest Euro 6 standard, are polluting and dangerous to our health. We must limit their use in towns and cities with ultra-low emission zones.”When we consider how heavily we depend on diesel vehicles for business and transport, the ruling could create a shockwave across Britain, forcing businesses to go under, cutting jobs and pushing families into debt.Tough decisions will have to be made by the next UK government on exactly how targets will be met, combatting fines from the EU and creating a cleaner, safer environment for future generations.