OFTEC (Oil Firing Technical Association) has put forward a two-stage approach to reducing carbon emissions from oil-using households. The plans laid out by Paul Rose, Chief Executive for OFTEC, are in response to the governments ‘Heat in Buildings: The Future of Heat in Domestic Buildings’ consultation. OFTEC recognises the urgent need to lower carbon output from the 920,000 households using heating oil in England and Wales. The plans must be practical, affordable and sustainable to all consumers. 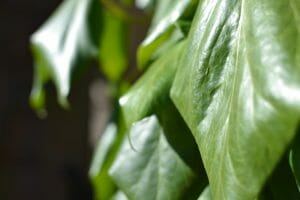 OFTEC has suggested this environmentally positive move could be approached from two directions, a boiler replacement programme to start with followed in time by a very low carbon liquid fuel alternative to kerosene.

Paul Rose said, “Our independently verified data shows a boiler replacement programme would prove five times more effective in reducing carbon emissions from oil using households than the current domestic Renewable Heat Incentive (RHI). “Government has already committed further funding to support the ill-fated RHI scheme but by doing so in preference to a boiler replacement scheme, is forfeiting the chance to reduce CO2 emissions by five times for every pound of expenditure. “A simple boiler replacement programme would be more affordable, easier to comprehend, and simpler to implement for homeowners compared to renewable alternatives, resulting in much higher take up. Due to oil being significantly cheaper to run than renewable options, the approach has the added benefit of reducing household energy bills which will in turn help to lessen the country’s severe fuel poverty issue. “Whilst a boiler replacement programme would provide an effective short-term carbon reduction solution, we believe the future lies in bringing to market a very low or zero carbon liquid fuel,” added Paul. “Following advancements in biofuel and building on OFTEC’s successful development of a bio/kerosene blend of fuel in 2010, we are evaluating the suitability of low carbon liquid fuels currently employed in the transport and aviation sectors, for use as a heating fuel”. If you are concerned about the carbon footprint left by your household, ask us about our Premium Heating Oil (PHO). Not only does this advanced form of kerosene help your boiler run more efficiently, but it is also a cleaner burning fuel, helping you to reduce your carbon output and save you money.
Share