Are we seeing the end of OPEC?

Igor Sechin, CEO of the Rosneft Oil Company (an integrated oil company majority owned by the Government of Russia) recently made known his feelings on OPEC during a recent Reuters interview. As a proud Russian, Sechin is openly sceptical about OPEC, stating that Russia must stick to its own strategies to protect its market. Mr Sechin said “The Organization of the Petroleum Exporting Countries (OPEC) has virtually ceased to exist as a single institution able to influence the oil market”. 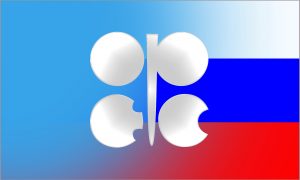 OPEC was created at the Baghdad Conference on September 10–14, 1960, by Iran, Iraq, Kuwait, Saudi Arabia and Venezuela. The organization has commanded the world’s oil production and market for over 50 years and as such has been able to have great control over the price. According to OPEC’s mission statement it was set up to “coordinate and unify the petroleum policies of its Member Countries and ensure the stabilization of oil markets in order to secure an efficient, economic and regular supply of petroleum to consumers, a steady income to producers and a fair return on capital for those investing in the petroleum industry.”

Sechin added, “The 1970s, when the larger Middle East producers could determine the global oil market by creating cartel structures such as OPEC, should be forgotten". Recent bullish attitudes over refusal to slow production helped oil prices plummet. "At the moment a number of objective factors exclude the possibility for any cartels to dictate their will on the market. ... As for OPEC, it has practically stopped existing as a united organization," Sechin remarked. Sechin insisted that as a superpower, Russia should not participate in any alliance with OPEC according to a Reuters source. 2014 was the last time OPEC members managed to reach a unified stance on oil production, since that time oil prices have declined. In June 2015 OPEC agreed a production quota at the Vienna meeting. Unfortunately (according to Reuters) the cartel has failed to keep to its quota of producing 30 million barrels per day. If you would like to read our other industry articles, click here.